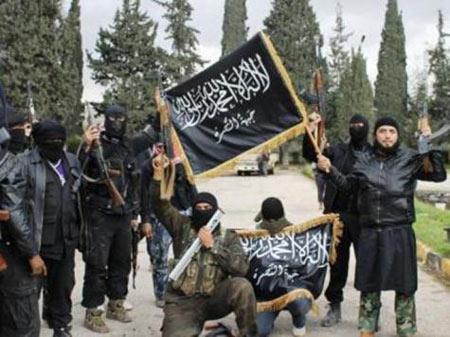 The carnage in Syria shows little sign of abating, with reports of a new massacre in the northern coastal districts last week. So regular have these bouts of blood letting become, that they scarcely make the evening news in the West anymore. There is, it seems, little in the way of appetite or attention span for yet another scrap in yet another wretched corner of the globe.

This will be music to the ears of President Assad and his principle backers in Moscow and Tehran. The biggest threat to their client state comes not from rag tag militias who spend as much time fighting each other as the do security forces, but from the outside world, most notably the United States. With no rebel group song enough to topple the well armed and increasingly battle hardened Syrian loyalist forces, only an application of force by the US military leviathan will be enough to bring down the stubbornly resistant government in Damascus.

The problem, at least for the rebels and their supporters, is that Obama and the US are reluctant to become engaged in yet another mess sectarian scrap in the sands of Asia Minor. Congress and the White House have been content to allow non-lethal military aid to trickle into rebel hands, but have stopped well short of providing even small arms to groups over whom they have little control. For their part, Saudi Arabia, Qatar and the UEA have been shipping arms and munitions to select rebel groups, but although their pockets are deep, their logistics are found wanting, and it is taking too long for aid to reach rebel groups who are often scattered and conscious that fixed supply depots are an open invitation to government air strikes.

intervene militarily in Syria, it would consider the use of chemical weapons as a ‘red line’ issue. Quite what the penalty would be for such a transgression was left unstated, but irrespective, the administration had drawn the proverbial line in the sand. This, it was hoped, would be enough; the mere threat of action would suffice to prevent Assad playing the ace up his sleeve.

But Assad called Obama’s bluff. Soil samples taken from inside Syria have been tested at the Portadown MoD facility in Britain, and have been found to contain traces of sarin, a particularly nasty nerve agent. Israeli and French sources corroborate the British findings. For the moment, the US are buying themselves time by insisting on their own testing, but its going to be very hard to wiggle out of an acknowledgement that a banned substance has been used in combat.

The US will then find itself backed into a corner of its own making and will have but two choices; a humiliating vacillation if it attempts to squirm out of action, or an open ended commitment to yet another Middle Eastern war. If it chooses the former option, three things will happen. Firstly, Assad will assume a green light has been given to escalate the violence even further, and move to crush the rebels in a summer offensive. Russia and Iran will be only too happy to bank roll the big push, flushed as they will be at having faced down America’s hollow threats. Secondly, Iran will be emboldened in its efforts to acquire an indigenous nuclear program. The promise of US action has been one of the few things keeping Israeli war planners on the leash. If the guarantee of the US cannot be counted upon, all bets are off. Thirdly, US allies in Asia will be given cause to rethink their defence postures, conscious that a US pledge is no longer worth what it once was. The temptation will be to divert money from social programs to defence spending to make up for perceived US weakness.

But if the US decides to make good its promise and punishes Syria, it’ll create a host of new headaches in a region it is desperately trying to disengage from. The first is practical. There are no US carrier battle groups in the Mediterranean and none en route. Drastic budget cuts have caught the US Navy flat footed, and what fleets are at sea are in the Indian Ocean and Pacific. The next question would be one of targets. The US could hit sites known to be associated with Syria’s chemical weapon program. This could (probably) be achieved with a carrier b

eing rushed to the Red Sea, or US bases in Turkey and Italy being utilised. However there would be no way to tell if everything in the facilities was destroyed, meaning the then abandoned stockpiles could be picked over by jihadists and islamists. Another option would be to establish a no-fly-zone over parts of Syria, allowing refugees and rebels to move freely without the omnipresent threat of regime air power. But this would require the suppression of Syria’s reasonably advanced air defence system, meaning a sustained assault on the command and control facilities scattered across the militarised country. This brings us onto the final option; an all out attack in the regime. Without doubt it is well within the abilities of the US to topple Assad, but what happens next? There is no government in waiting, and no rebel group could hope to hold Syria together. The remaining government forces would be too scared to lay down their arms for fear of retribution. Loyalist forces would become the largest militia in a country full of militias. Israel, Lebanon, Jordan and Iraq would be threatened by new waves of instability as guns and radicals crossed over the now non-existent.

The risk for the region is that even a limited US strike cold have the unintended consequence of bringing down the Ba’athist regime, with no plans in place for a peacekeeping force. Tens of thousands of troops would be needed just to secure the chemical weapons sites that we know about, and cover the main conurbations. Nato can’t spare those kinds of numbers, and the UN would take months to pull together enough contributing nations, and that’s before its decided who’ll pay for it and what the rules of engagement would be for operating in a country awash with weapons and extremists.

There are no good outcomes for Syria, just a selection of bad ones. The US writing emotive cheques it is unwilling to cash do little to foster an environment of cold hard calculation, which is what the region needs now more than eve.