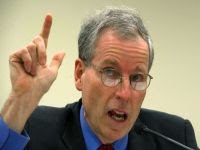 “Diplomacy: The conduct of the relations of one state with another by peaceful means; skill in the management of international relations … ”

Remember that “Crusade”? It is back, it seems – if it ever went away.

Six months later, that designated “dove” of the Bush Administration, General Colin Powell, gave an ultimatum to Pakistan’s President Pervez Musharraf demanding he be on board to topple the Taliban and neutralize al-Qaeda in Afghanistan.

Powell, in testimony before a Commission investigating the September 11th attacks (24th of March 2004) stated that, “We gave them twenty-four (or) forty-eight hours, and then I called President Musharraf and said, ‘We need your answer now. We need you as part of this campaign – this Crusade.’ ”

Now, Robert S. Ford, US Ambassador to Syria, has imaginatively resurrected the “Crusade” as diplomatic representative of a President who pledged, at Cairo University in June 2009: “I’ve come here to Cairo to seek a new beginning between the United States and Muslims around the world … America is not – and never will be – at war with Islam.”(i)

In his article, “The Salvador Option for Syria,” (ii) Michel Chossudovsky gives a crash course on the multiply diverse Ambassador Ford, to whom, it must be said, diplomacy would seem to be yet another far away land..

However, even the insightful Professor Chossudovsky was unlikely to have forseen that after Ambassador Ford slunk out of Syria in October last year, having indulged in ten months of provocative, divisive, inflammatory and politically confrontational actions.  He would set up a Facebook page (iii), its massive profile picture being the UNESCO World Heritage listed site of what T.E. Lawrence (“Lawrence of Arabia”) described as, “Perhaps the best preserved and most wholly admirable castle in the world (which) forms a fitting commentary on any account of the Crusading buildings of Syria.”

This dominant image on the Ambassador’s social networking site is of the Krak de Chevaliers, a Crusaders’ castle considered perhaps the finest example of such anywhere. The current fortress was completed in 1031, but captured in the First Crusade in 1099 by Raymond IVth of Toulouse.

Robert Ford’s choice for visual statement of his vision for dominance of Syria could surely, hardly be more symbolic and enlightening.

Via Facebook, the Ambassador accuses, incites and rambles to the Syrian people and the world.

On the 20th of June, with an arrogance that should be breathtaking – but little but that comes from the US any more – he lectured Syria’s armed forces:

“For this posting, I want to address the members of the Syrian military and their role in this crisis. The role of any nation’s military is to defend the country and to protect the people, not to harm them. The United States believes the Syrian military should have an invaluable, integral role to play in the new democratic Syria, if it decides to fulfill its true purpose and stand with the Syrian people now.”

He talked of them being used in “President Assad’s campaign of torture and terror,” of “destruction, massacre,” thus:  “abhorrent (running) counter to international law and the ethics of military professionalism … Soldiers should know that under international law, they have a responsibility to uphold basic human rights and that they do not escape responsibility for violations simply because they are subject to orders.”

Quite. Has the Ambassador glanced toward the behaviour of US forces in neighbouring Iraq or in Afghanistan? The massacres, rapes of young and old, the use of children as human shields, often luring them with sweets,toys – now well documented – plus torture, disappearances and Stalinesque “re-education centres”?

It has never been adequately established what the scary name “re-education” centre did or taught.

Prior to invading Iraq, prominent military leaders such as Lt. Gen. William Boykin also described the war in evangelical terms, casting the U.S. military as the “army of God.”

Indeed  Mikey Weinstein, President of the Military Religious Freedom Foundation, has stated that a cadre of forty U.S. chaplains took part in a 2003 project to distribute 2.4 million Arabic-language Bibles in Iraq.

A 2003 newsletter for the group notes that, “The goal is to establish a wedge for the kingdom of God in the Middle East, directly affecting the Islamic world.” (iv)

A Lt. Colonel Gary Hensley expounded on the need to spread the Gospel:

“The special forces guys – they hunt men basically,” he said. “We do the same things as Christians, we hunt people for Jesus. We do, we hunt them down. Get the Hound of Heaven after them, so we get them into the Kingdom. That’s what we do, that’s our business.”

Back to the Ambassador who hit the “road to Damascus” on his personal Crusade and who clearly subscribes to the “activists say”school of “fact” gathering, since his claims come from barely a single named source on the ground, and from “informants” in Paris, London and Washington who have risen without trace.

The Syrian military was also, opined Robert Ford: “acting as a leading destabilizing force.” That should win the hearts and minds of a proud army, from a proud country, losing numerous friends and colleagues fighting a seemingly foreign fomented insurgency.

Ford should know a bit about destabilizing: “A few short weeks after his arrival” (surely coincidentally) “a wave of pro-democracy protests swept through the Middle East and public protests in Syria launched an uprising.  Ford’s robust diplomacy on the ground in Syria centered on a strong show of support for the Syrian opposition movement.

Ford’s physical presence in Hama, without official sanction from the Syrian government, functioned as a visible statement of support (for the opposition).   Ford continued to support the opposition by attending protestor funerals, speaking with Syrians on the ground and through social media, and educating Americans via satellite images and descriptions of the conflict on the Embassy’s official website.”(v)

Former CIA intelligence officer, Michael Scheuer, has alleged that prior to Ford’s flight from Syria, he was traveling across the country inciting groups to overthrow the government.

On the 15th of June, the Facebook update displayed a map: “This map is an update of the one we originally posted on April 27 which shows the number of people displaced by the violence in Syria. The Assad regime is a destabilizing force both within Syria and throughout the region.” Verifiable facts were noticeable by omission.

Of course, no US propaganda campaign would be complete without a mass grave, so an aerial view of a patch of land which contextually means absolutely nothing, is obligingly declared one. (Don’t mention Falluja, Najav, Kerbala, Basra, Baghdad, Mosul, Tel Afar …).

On the 22nd of June, the entry cited Secretary of State Hillary Clinton accusing Syria of: “… not doing enough to stop slavery …” That one really does come from the “Must do better” collection.

The following day was the gleeful announcement that, “The head of the Syrian Olympic Committee, General Mowaffak Joumaa, has been refused a visa to travel to London for the Olympic Games.” (Given London’s missile-loaded war ships, ground to air missiles on the roofs, the attack helicopters, the drones, the experimental “sonic weapon” and thousands of twitchy, armed to the teeth FBI agents, for the Olympics, he may anyway feel safer in Syria).

The Ambassador without an Embassy is also worried about the Crusaders’ castle. His entry on the subject reads:

“The Krak de Chevaliers/Qala’at al-Hosn was chosen as a UNESCO World Heritage Site because it is a gem of Crusader … architecture. Are the Syrian authorities fulfilling their obligations to the Syrian people and to the international community when it comes to site preservation and protection?”

This is apart from the fact that the “Syrian authorities” may have other things on their minds and the Castle has stood for approaching a thousand years, perhaps Robert Ford’s concern for the regional heritage of the “international community” should also address America’s destruction of Babylon, damage to Ur (ongoing under his watch whilst serving at the US Embassy in Baghdad 2004-2005), the sacking of Iraq’s treasures in the National Museum, the looting of libraries, which has been compared to the historic tragedy of the destruction of the great Library of Alexandria up to sixteen centuries ago. (vi)

The Ambassador’s outreach, however, is not getting an entirely glitch free ride, there are persistent dissenters. One, Brian Souter, leaves uncomfortably insightful one-liners, they disappear, but he doggedly returns. Another Anas Salih, left this:

“Hey Yankees, I’m an Iraqi and know all your Hollywood stories in Iraq, so you better not fall in the same mistake again. Al Qaeda in Syria killing hundreds of people each day in the name of their belief – there is no way that the Syrian regime is doing all this to stay in power.

“It is crystal clear now that this is not a revolution, it is insurgency and terrorism. Every day, Kuwait, Saudi Arabia, and Qatar are providing funding of millions of dollars to arm the opposition … no matter how hard those terrorists will try, eventually you will see that Bashar (al Assad) has nothing to do with any killing or bombing.

“Hopefully not too late because each day another soul is being taken from its body. The lives we have lost in Iraq, kids ,women, men and animals all because of you, USA, so don’t try to be a hero and show compassion (sic) now  … ” (Removed in last twenty-four hours, but copied directly and only spelling corrected.)

Ambassador Ford has written that there are “parallels” with Syria and the Balkans. The cynic might say the “parallel” is the alleged “hired hands.” Historian, David Halberstam, (“War in a Time of Peace” pb 2003, p347) quotes deputy to the Balkans “Tzar” Richard Holbrooke, Bob Frasure – regarding US training and arming of the Croats – who passed Holbrooke a scribbled note in a meeting, on the back of a place card, “Dick, we ‘hired’ these guys as our junkyard dogs because we were desperate … this is no time to get squeamish …”

Crusade: “Medieval military expeditions undertaken by the Christian powers … to recapture the Holy Land from the Muslims.”

1 thought on “Ambassador Ford a Disgrace to Diplomacy”