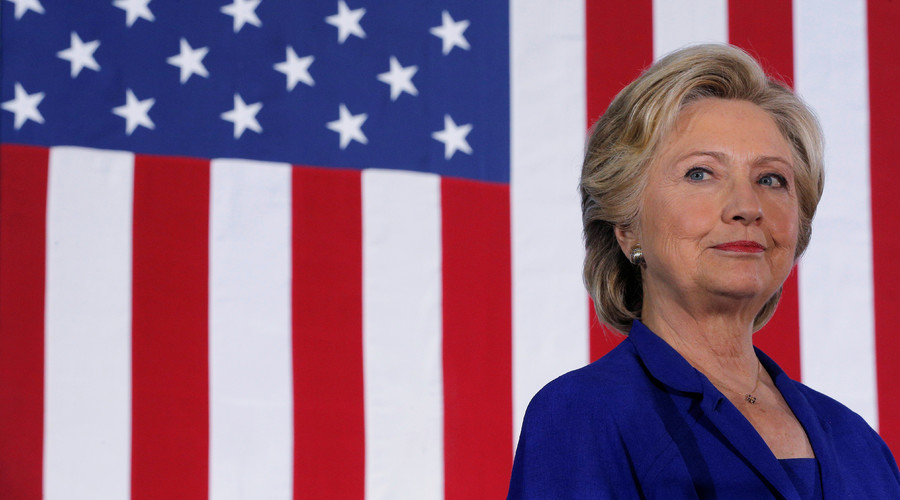 This is the 27th release of Podesta’s emails from WikiLeaks. © Brian Snyder / Reuters
More emails from Hillary Clinton’s campaign chair John Podesta have been released by WikiLeaks. The emails also show frustration with Benjamin Netanyahu and Bernie Sanders.

The latest batch consists of over one thousand emails, bringing the number released so far to over 44,000. WikiLeaks said it will publish a total of 50,000 emails in the run up to next week’s presidential election.

Yesterday WikiLeaks released the 26th batch of emails, shedding light on a relationship between Google and President Barack Obama dating back to September 2008 in which the internet giant helped the president’s transition team set up ‘secure data rooms’.

In the latest release frustration is expressed about Israeli Prime Minister Benjamin Netanyahu. A mail from Clinton aide Neera Tanden to Podesta asks why the White House isn’t asking for “proof of his support for 2-state solutions. Like a settlement freeze?”

“Given nature of gov’t- he may not be able to do but it proves the point then,” Tanden says in the mail from March 2015.

A February 2016 exchange between strategist Joel Johnson and Podesta discusses possible attacks on Vermont Senator Bernie Sanders – Clinton’s rival for the Democratic nomination at the time. Bernie “needs to be ground to a pulp,” Johnson says. “Crush him as hard as you can.”

“Where would you stick the knife in?” Podesta asks in response.

‘Off the reservation’ on TPP

An email chain from March 2016 discusses a Politico article which reports “Clinton faced internal pressure from her Brooklyn headquarters to oppose the Trans-Pacific Partnership trade deal she helped craft as secretary of State.”

“Do not get our spin here,” Gene Sperling, former economic policy assistant to both Bill Clinton and Obama says. “Why we not hyping claw back, ROO, out front on steel, tough enforcement on China?! Was this just her not talking to any of us and off on her own take?(But Joel is in there ) please clarify.”

Joel Benenson, a senior Clinton strategist is quoted in the piece.

Tanden replies, “Is Joel off reservation? Does he not get that this story makes Hillary seem politically craven at best or a liar at worse? Or if this is campaign position, can I object?”

“Hard to say she believes what she says when Joel is spinning that she doesn’t mean what she is out there saying,” she adds.

‘Get the talkers under control’ after Bill Clinton article

A March 2015 chain discusses getting “the talkers under control” following a New York Times article about the necessity for Bill Clinton to have a minder on the campaign trail.

Bill’s aide Tina Flournoy writes, “not happy about this,” linking to the article, “To Avert Repeat of 2008, Clinton Team Hopes to Keep Bill at His Best.”

“It does feel like some people who should know better took an opportunity to talk about WJC/his potential role in a way that is not helpful,” she adds.

“For me this just reinforces need to get the talkers under control,” replies Jennifer Palmieri, Hillary Clinton’s director of communications.

Not all emails were released to the public in March 2015, according to a message to political consultant Jim Margolis from Clinton’s chief strategist Joel Benenson.

“If there is a release of the 55K, are there others that are not being released?” Margolis asks, to which Benenson replies “Definitely”. 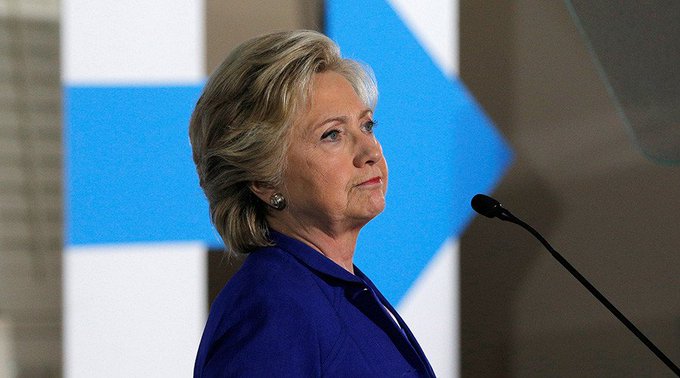 State Dept ‘cleared’ reports on #Clinton emails while in close touch with her team – #PodestaEmailshttp://on.rt.com/7tr6

A May 2015 email from Robby Mook to Clinton discusses in an attachment “options” for the campaign in a “post-Citizens United” environment.

PACS are not allowed to work with campaigns directly. The memo identifies “legally permissible ways to leverage political party and outside groups to best advance the campaign’s interests.”

In an email in which Democratic party chair Donna Brazile further discusses sending debate questions to Clinton’s camp, she tells Podesta and Jennifer Palmieri that a question on the death penalty “worries me about HRC.” 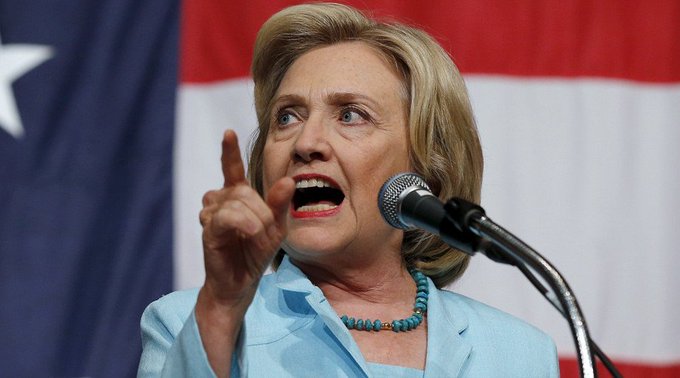 Brazile no longer at CNN after WikiLeaks reveals she gave debate questions to Clinton camp at least twice http://on.rt.com/7tje

In a report by The Intercept following the debate they said “if there was anything surprising about Hillary Clinton’s defense of capital punishment when questioned by an Ohio death row exoneree Sunday night, it was only that she was not better prepared to deliver it.” 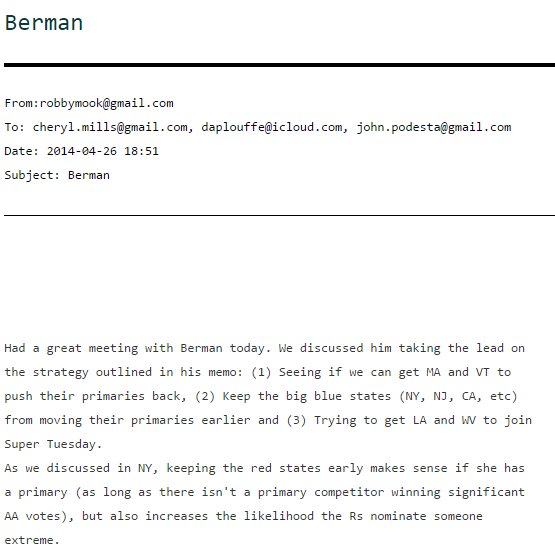 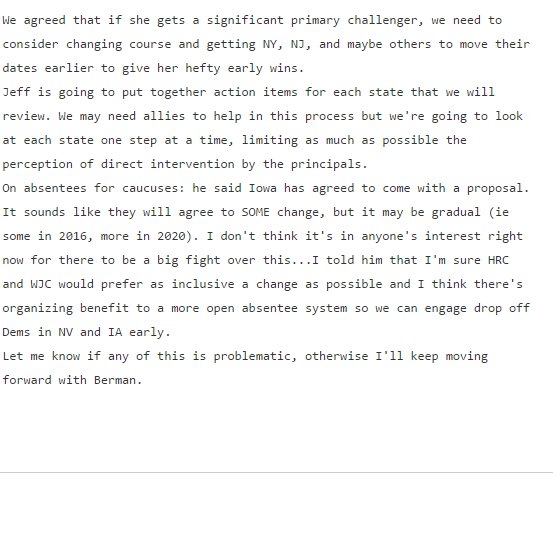 Planning to change primaries in 2014

An email from Mook to Cheryl Mills shows Clinton aides discussing ways to push primary dates as early as April 2014.

Berman, himself a superdelegate, was a lobbyist who pushed for the Keystone XL pipeline and worked for Obama during the 2008 election.

Mook details pushing Massachusetts and Vermont back, trying to get Louisiana and West Virginia to join Super Tuesday and “keep the big blue states (NY, NJ, CA, etc) from moving their primaries earlier.”

“We agreed that if she gets a significant primary challenger, we need to consider changing course and getting NY, NJ, and maybe others to move their dates earlier to give her hefty early wins,” Mook says.

The two discussed the need to limit “as much as possible, the perception of direct intervention.”