DAMASCUS, SYRIA (4:20 P.M.) – Al-Masdar News has obtained amateur footage from a Syrian soldier depicting two ISIS technicals that were destroyed during recent clashes with the Syrian Arab Army (SAA) near the M7 Highway in eastern Homs.

The footage is linked to the SAA recapturing the Al-Saroukh hill, located some 15 kilometers east of Al-Suknah, on Monday morning.

Viewer discretion is advised due to the graphic nature of the footage: 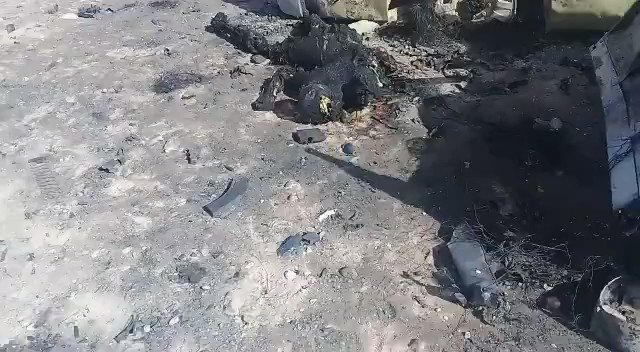 Remarkably, vehicles similar to those shown above were put on display by Amaq Agencyon Friday as it boasted an ISIS convoy raiding the region.

However, the SAA has since virtually all ISIS gains and is now systematically pushing jihadist forces back towards the neighbouring governorate of Deir Ezzor.