In particular, a UK-made 155 mm howitzer, manufactured in 2011, has been discovered in an arms depot in Mayadin, the Syrian general said 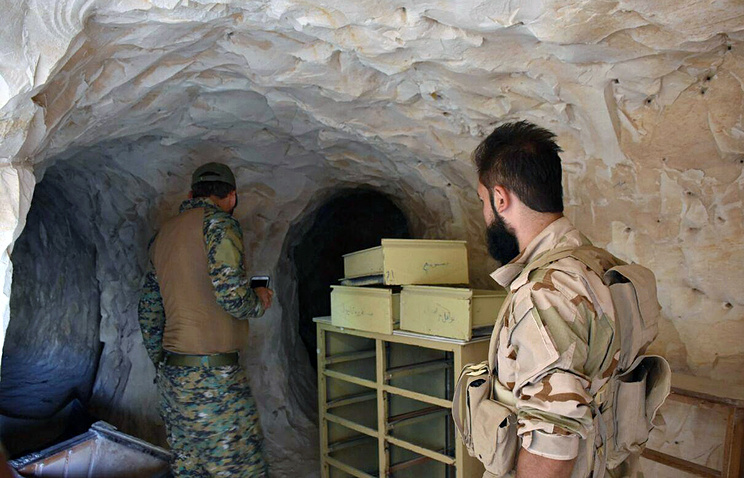 “We will need no less than six days to remove all the items that IS militants left behind before fleeing,” said Brigadier General Suheil al-Hassan, who led the operation to free the city. “There are a lot of foreign-made weapons and various communication devices,” he added.

Mayadin was a logistics center with a well-arranged system of depots and maintenance facilities. After liberating the city, Syrian forces seized light arms, anti-tank weapons, artillery guns and ammunition, improvised mines, as well as tanks and armored personnel carriers that terrorists had taken from the Iraqi troops. Syrian military also showed to reporters satellite communication devices, radar equipment, medical devices that had been seized in Mayadin, and a facility for manufacturing unmanned aerial vehicles, containing dozens of such drones used by militants for reconnaissance purposes and targeted bombing.

Weapons manufactured in NATO member states make up the bulk of the terrorists’ arsenal. In particular, a UK-made 155 mm howitzer, manufactured in 2011, was discovered in the arms depot in Mayadin. “We have seized the latest weapons made in the US, Belgium and the UK, that are also used by NATO states,” General al-Hassan stressed.

The city of Mayadin is located 40 kilometers southeast of the provincial capital of Deir ez-Zor, on a key highway connecting Aleppo and the Abu Kamal city on Iraq’s border. Until recently, Mayadin was the most important terrorist stronghold in eastern Syria, considered to be “the IS capital.”