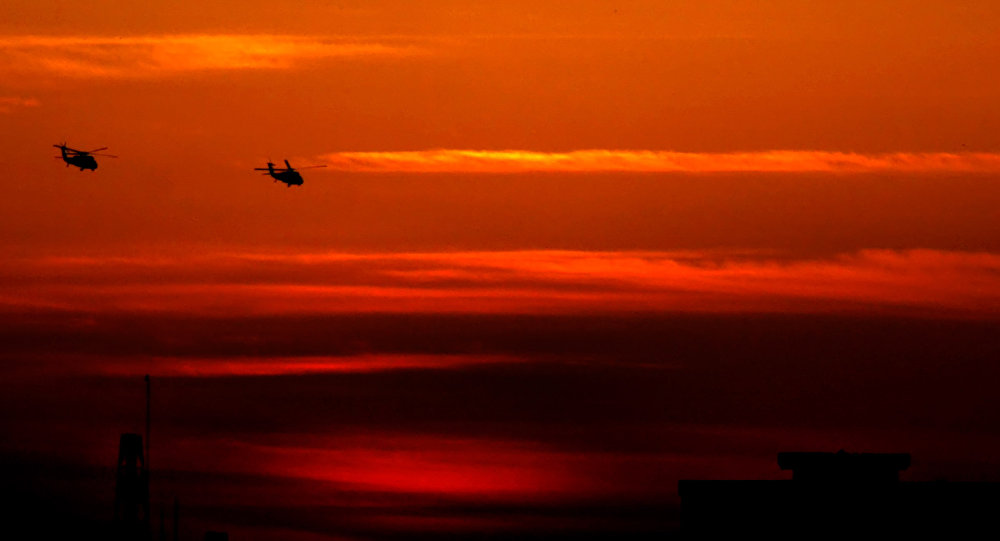 US Air Force aircraft have allegedly been spotted evacuating non-Syrian Daesh commanders with their family members from al-Hasakah province and transferring them to an unknown destination, according to the SANA news agency. The news emerged a day after US President Trump threatened Syria with a possible strike.

The media outlet specified that the Americans conducted yet another operation rescuing three Daesh commanders of Iraqi origin along with their family members from Tal al-Shayer region 20 kilometers southeast of the Syrian city of al-Shadadi in Hasakah. The evacuees were transferred to an unknown location.

It was also reported that in the course of the evacuation, US troops organized a staged clash on the ground that resulted in the death of one civilian while several others were injured.

It is not the first time that US military aircraft have been spotted transferring Daesh fighters from embattled regions.In December 2017 the media outlet revealed that a number of Daesh militants had been evacuatedfrom several locations across the Deir ez-Zor province to the al-Hasakah region, under the control of Syrian Kurdish and US forces.

Over the past several months, the Syrian government has repeatedly voiced its concerns over US efforts aimed at providing support to extremist groups on the ground in Syria.

The first signs of the alleged assistance emerged in September 2017, when a diplomatic source told Sputnik that US Air Force helicopters had transferred Daesh field commanders from Deir ez-Zor to northern Syria in late August amid the successful advance of the Syrian Arab Army (SAA).

The recent SANA report comes a day after US President Donald Trump announced that he would make a decision about the US response to the alleged use of chemical weapons in the Syrian town of Douma, Eastern Ghouta, within the next 24 to 48 hours. The Trump administration also signaled that it did not rule out a military option against Damascus.

On April 7 a number of media outlets pinned the blame on the Syrian government forces for a purported chemical attack Douma, citing sources among jihadi militants. In response, Trump threatened Damascus, saying that it would pay a big price and accused Russia and Iran of backing the Syrian government.

​​Russia resolutely denied the allegations and warned the parties involved that “that military intervention under far-fetched and fabricated pretexts in Syria… is absolutely unacceptable and might lead to very severe consequences.” Moscow referred to the fact that the Russian Defense Ministry had repeatedly informed about the possibility of staged provocations in the region with the use of poisonous substances.

*Daesh (also known as ISIS/ISIL/Islamic State) is a terrorist group banned in Russia.