Israeli terror in Gaza and Palestine is barbaric , women and children are murdered for all the world to see and our politicians in the west or gulf states are all silent, shame on them. 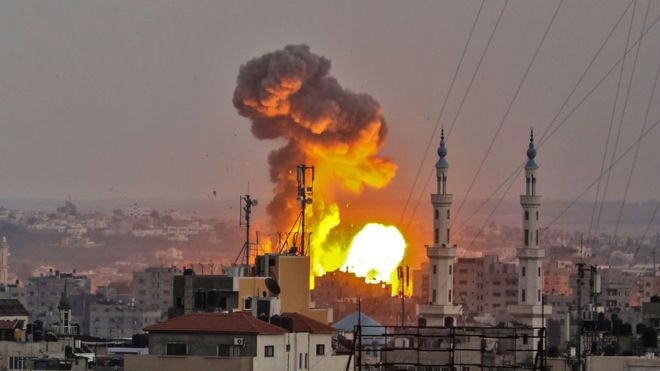 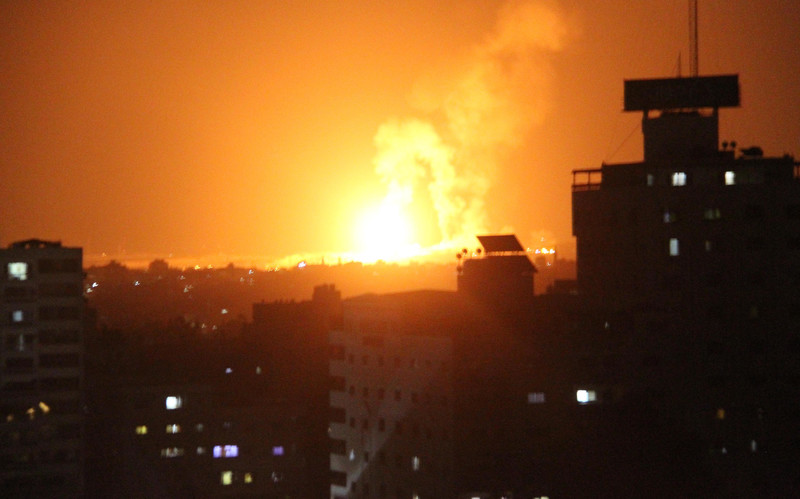 A plume of smoke rises Saturday after an Israeli airstrike in Rafah in southern Gaza.

(CNN) — The United Nations has issued an urgent appeal for Israel and Gaza “to step back from the brink” of war and revive the reconciliation process, calling for Palestinians to keep protests peaceful and for Israel to show restraint in its response.

Nickolay Mladenov, UN special coordinator for the Middle East, was speaking just hours after an escalation in violence that saw 200 projectiles fired towards Israel from Gaza and dozens of airstrikes launched in response, according to Israel Defense Forces.

“Yesterday we were on the brink of war,” Mladenov told a press conference in Gaza on Sunday. “And it has taken the concerted efforts of everyone to make sure that we step back from confrontation. A confrontation that nobody wants, nobody needs, and a confrontation from which everybody will lose.”

Mladenov highlighted the worsening humanitarian situation in Gaza and the deteriorating political and security situation in the region.

“People’s life (in Gaza) has become more difficult as people have limited money, the economy has collapsed, electricity and water are scarce,” he said. “We cannot stand idle when we see two million Palestinians in Gaza living in such terrible conditions as they do now.”

‘One child being killed is too much’

He appealed to Palestinians “to keep the protests peaceful,” and urged Palestinian factions to stop firing rockets, mortars and incendiary kites and “to give peace a chance.”

Addressing Israel, he called for the state to be “restrained in its responses to the situation in Gaza,” adding: “I appeal to snipers not to shoot children.”

“Even one child being killed is too much. Too many children have been killed in the past few weeks.”

Israel has been criticized for the use of live fire on Palestinians at the Gaza border fence as tensions have risen since the start of the “Great March of Return” protests in April.

Eight children were among 60 Palestinians killed by Israeli forces on May 14, when demonstrators gathered at the fence to protest the opening of the new US embassy in Jerusalem.

Israel denies using excessive force against protesters and accuses Hamas, the group that runs Gaza, of orchestrating the protests.

‘One step away from another confrontation’

The weeks since May have seen several further bouts of violence, both at the border fence and in the form of incendiary kites and air strikes.

Speaking early Sunday, Israel’s Prime Minister Benjamin Netanyahu made it clear that Israel now regarded arson attacks in the same way it regarded rockets and mortars, meaning there could be no ceasefire with militants in Gaza if they kept launching incendiary kites and balloons over the fence.

In his comments, Netanyahu singled out Hamas: “Whoever hurts us, we will hit them with great strength. This is what we did yesterday. I hope that they got the message; if not, they will get it later.”

Two Palestinian teenagers were killed in Israeli airstrikes Saturday, according to the Palestinian Health Ministry, in what the IDF called its single largest bombing campaign in Gaza since the 2014 war.

“We are one step away from another confrontation,” Mladenov. “Everybody needs to take a step back.”

Need to ‘get back to the reconciliation process’

The UN coordinator also called on the international community “not to forget the people of Gaza, not to forget the Palestinians who have lived for generations without a state” and to work with the UN to chart “a political way forward.”

“The only realistic perspective today is this: avoid war, fix the humanitarian problems of Gaza, and get back to the reconciliation process.”

In January this year, the US announced that it would hold back more than half its scheduled $125 million from UNRWA, a move that sparked outrage from humanitarian organizations. The US called for reforms at UNRWA and higher contributions from other countries.

The announcement came two weeks after US President Donald Trump had complained about the lack of “appreciation or respect” from Palestinians who receiving aid.

198 thoughts on “The World is Silent as Israel Bombs Palestine”