Get ready for another heart wrenching film of White Helmets saving their mates from another chemical attack.

What can you expect in this new production? Plenty of dust of course, plenty of water, maybe from a hose or water bottle and men in white helmets uniforms carrying children. You won’t see many women and you won’t see the families of the children, maybe because they will be carrying their own children, which have been acting the same roles since they were babies. So they are quite used to being buried in rubble and dug out by their fathers, as they no nothing else, only this child abuse. 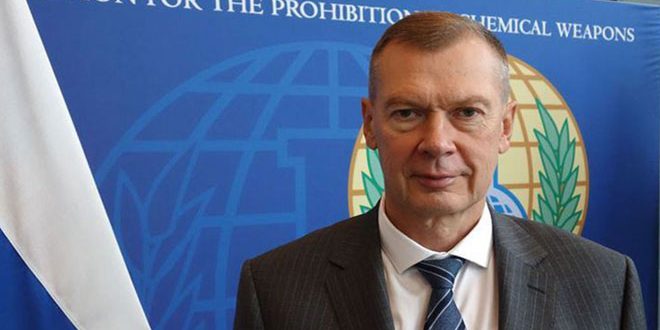 Moscow, SANA- Russia’s Permanent Representative to the Organization for the Prohibition of Chemical Weapons (OPCW), Alexander Schulgen announced that terrorists are preparing for a new chemical provocation in Idleb province, bringing to the minds that the talk on using chemical weapons starts with every achievement made by the Syrian Arab Army on the ground against those terrorists.

Sputnik Agency quoted Schulgen as saying in a statement to journalists on Sunday” In Idleb, terrorists are preparing for a new chemical provocation,” indicating that this comes in the framework of the attempts of terrorists and the states which support them to send a team to investigate into the issue and to accuse Russia and Syria for the being responsible for that.

On Oct. 9th, Syria reiterated its strong condemnation of using chemical weapons, expressing deep concern over the attempts of some states, on top the US to continue to make false accusation and fabrications against Syria.

Schulgen added “The Syrians know that the chemical ammunition enters the country and they know from which countries they come, and the names of the people who are responsible for the prepared provocations are reported.”