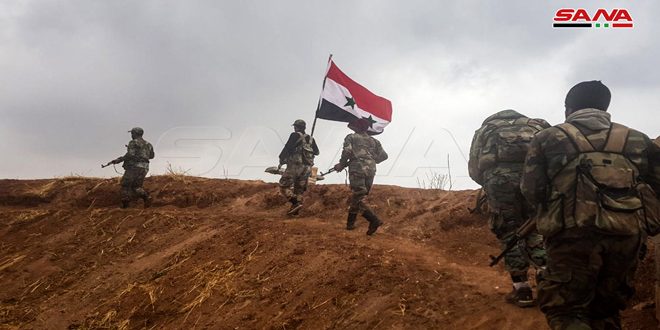 Meanwhile, the Turkish offensive and its mercenary terrorists targeted with artillery shells locals’ houses in the villages of Tal Tamr northern countryside, causing the displacement of a large number of people, the reporter added.

The reporter indicated that Turkish forces occupied al-Mahmoudiya and al-Darbu villages in Ras al-Ayn countryside after targeting them with aerial and artillery bombardments.

The reporter said that a convoy of trucks for US occupation forces moved from illegal Qasrak base between Tal Tamr and Tal Baidar in Hasaka northern countryside heading for Iraq.