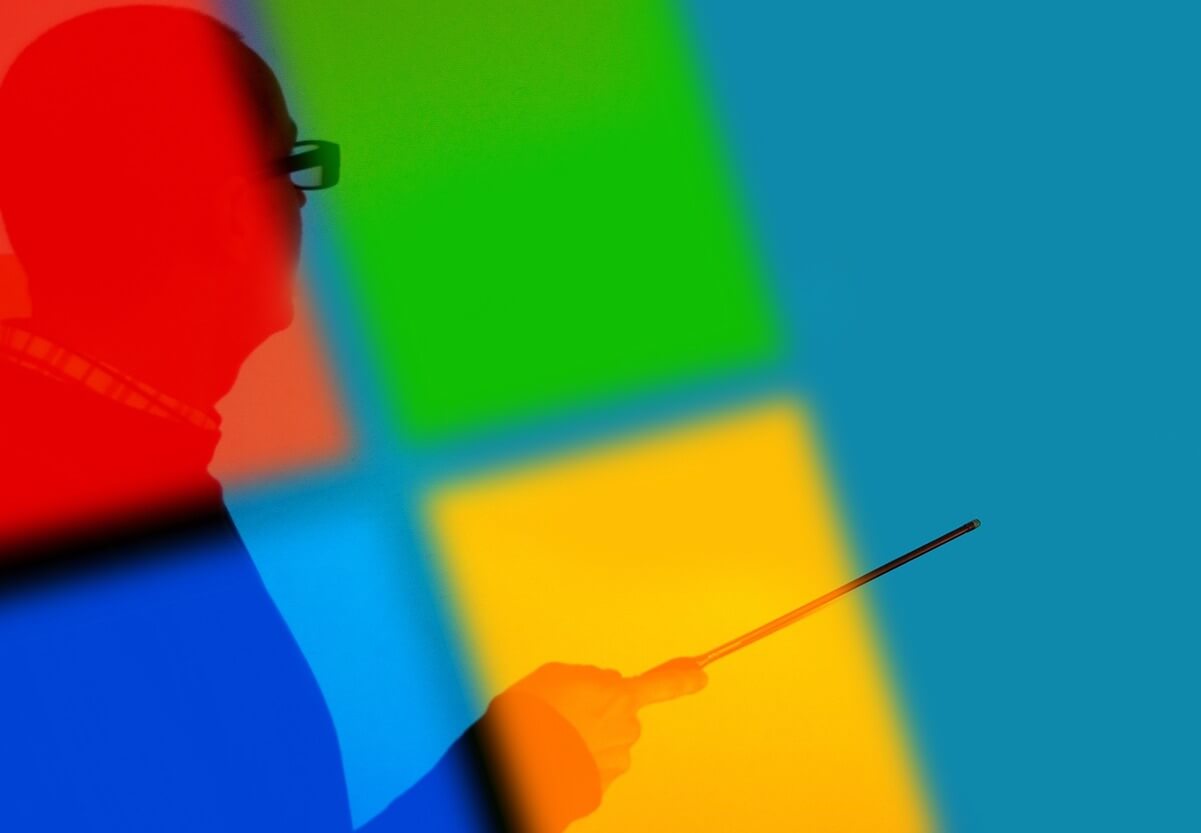 The act of Palestinian activists covering their faces during anti-Israeli occupation rallies is an old practice that spans decades. The masking of the face, often by keffiyehs – traditional Palestinian scarves that grew to symbolise Palestinian resistance – is far from being a fashion statement. Instead, it is a survival technique, without it, activists are likely to be arrested in subsequent nightly raids; at times, even assassinated.

In the past, Israel used basic technologies to identify Palestinians who take part in protests and mobilise the people in various popular activities. TV news footage or newspaper photos were thoroughly deciphered, often with the help of Israel’s collaborators in the occupied Palestinian territory, and the so-called culprits would be identified, summoned to meet Shin Bet intelligence officers or arrested from their homes. 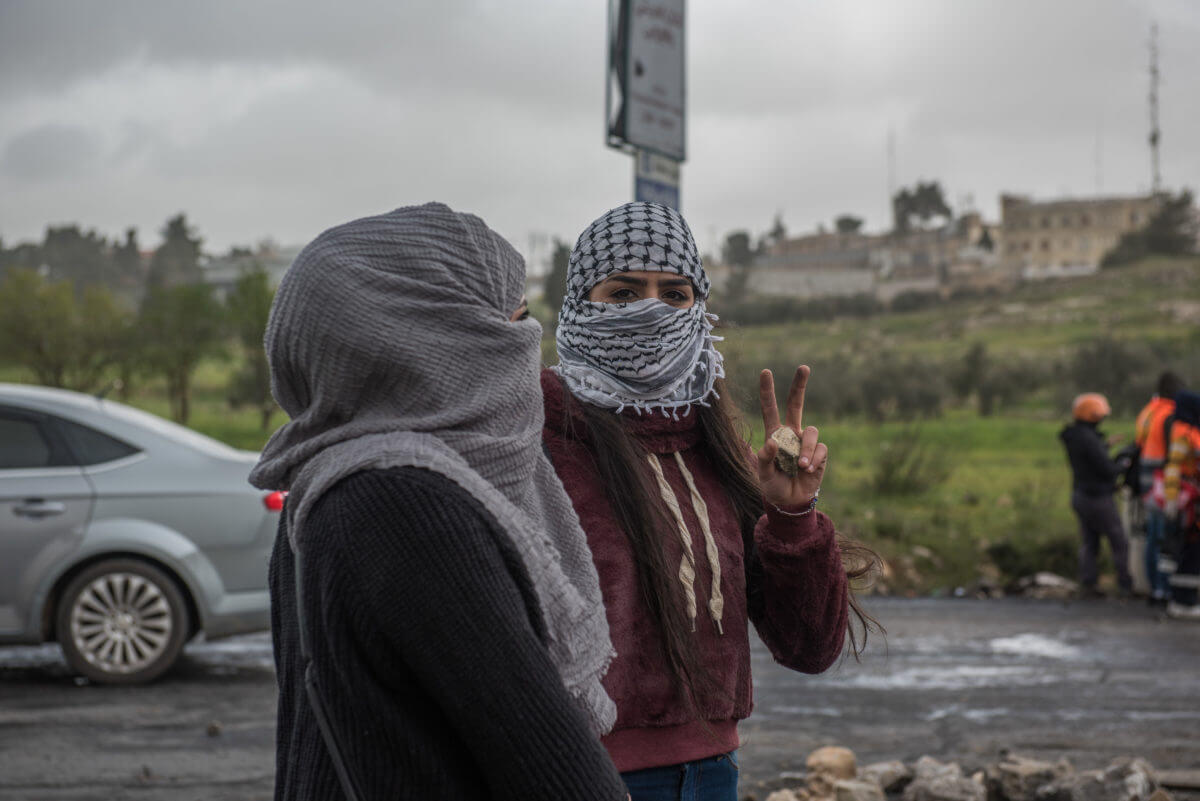 Palestinian protesters during a demonstration on March 30, 2019.
(Photo: Annelies Keuleers)

That old technique was eventually replaced by more advanced technology, countless images transmitted directly through Israeli drones – the flagship of Israel’s “security industry”. Thousands of Palestinians were detained and hundreds were assassinated in recent years as a result of drones data, analysed through Israel’s burgeoning facial recognition software.

If, in the past, Palestinian activists were keen on keeping their identity hidden, now they have much more compelling reasons to ensure the complete secrecy of their work. Considering the information sharing between the Israeli army and illegal Jewish settlers and their armed militias in the occupied West Bank, Palestinians face the double threat of being targeted by armed settlers as well as by Israeli soldiers.

True, when it comes to Israel, such a grim reality is hardly surprising. But what is truly disturbing is the direct involvement of international corporate giants, the likes of Microsoft, in facilitating the work of the Israeli military, whose sole aim is to crush any form of dissent among Palestinians.

Microsoft prides itself on being a leader in corporate social responsibility (CSR), emphasising that “privacy (is) a fundamental human right.”

The Washington-State based software giant dedicates much attention, at least on paper, to the subject of human rights. “Microsoft is committed to respecting human rights,” Microsoft Global Human Rights Statement asserts. “We do this by harnessing the beneficial power of technology to help realize and sustain human rights everywhere.”

In practice, however, Microsoft’s words are hardly in line with its action, at least not when its human rights maxims are applied to occupied and besieged Palestinians.

Palestinians are already live under intense Israeli surveillance and can find themselves on a watch list for criticising Israel on Facebook, living in a village where other people support Hamas or if a family member is killed in an Israeli military raid

This story shows that ethical principles are fundamentally meaningless if they exist in the abstract. It boils down ot whether Microsoft considers Palestinians to have democratic freedoms that are being infringed by Israeli military surveillance https://www.nbcnews.com/news/all/why-did-microsoft-fund-israeli-firm-surveils-west-bank-palestinians-n1072116 …

Through its venture capital arm M12, Microsoft has reportedly invested $78 million in the Israeli startup company that “uses facial recognition to surveil Palestinians throughout the West Bank, in spite of the tech giant’s public pledge to avoid using the technology if it encroaches on democratic freedoms.”

AnyVision had developed an “advanced tactical surveillance” software system, dubbed “Better Tomorrow” that, according to a joint NBC-Haaretz investigation, “lets customers identify individuals and objects in any live camera feed, such as a security camera or smartphone, and then track targets as they move between different feeds.”

As disquieting as “Better Tomorrow’s” mission sounds, it takes on a truly sinister objective in Palestine. “According to five sources familiar with the matter,” wrote Solon, “AnyVision’s technology powers a secret military surveillance project throughout the West Bank.”

“One source said the project is nicknamed ‘Google Ayosh,’ where ‘Ayosh’ means occupied Palestinian territories and ‘Google’ denotes the technology’s ability to search for people.”

Headquartered in Israel, AnyVision has several offices around the world, including the US, the UK and Singapore. Considering the nature of AnyVision’s work, and the intrinsic link between Israel’s technology sector and the country’s military, it should have been assumed that the company’s software is likely used to track down Palestinian dissidents.

In July, the Israeli newspaper Haaretz pointed out that “AnyVision is taking part in two special projects in assisting the Israeli army in the West Bank. One involves a system that it has installed at army checkpoints that thousands of Palestinians pass through each day on their way to work from the West Bank.”

Former AnyVision employees spoke to NBC about their experiences with the company, one even asserting that he/she “saw no evidence that ethical considerations drove any business decisions” at the firm.

This is not the first time that Microsoft is caught red-handed in its support of the Israeli military or criticised for other unethical practices.

Unlike Facebook, Google and others, who are constantly, albeit deservingly being chastised for violating privacy rules or allowing politics to influence their editorial agenda, Microsoft has been left largely outside the brewing controversies. But, like the rest, Microsoft should be held to account.

In its Human Rights Statement, Microsoft declared its respect for human rights based on international conventions, starting with the United Nations Universal Declaration of Human Rights.

In occupying and oppressing Palestinians, Israel violates every article of that declaration, starting with Article 1, which states that “All human beings are born free and equal in dignity and rights,” and including Article 3: “Everyone has the right to life, liberty and security of person.”

It will take Microsoft more than hyperlinking to a UN document to show true and sincere respect for human rights.

Indeed, for a company that enjoys great popularity throughout the Middle East and in Palestine itself, an inevitable first step towards respecting human rights is to immediately divest from AnyVision, coupled with an apology for all of those who have already paid the price for that ominous Israeli technology.