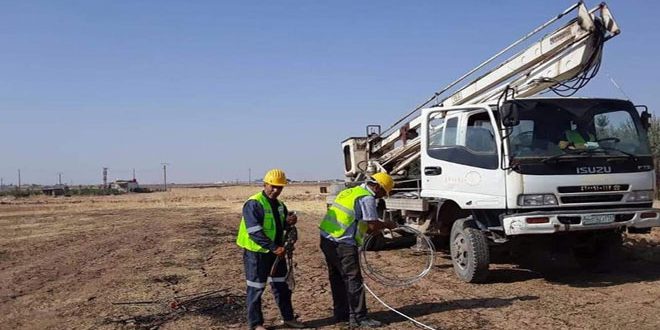 Hasaka, SANA- The workers of Hasaka Electricity Company exerted extraordinary efforts last year to transmit electricity current to all areas and villages in the province despite of the obstacles facing them due to the aggression of Turkish regime and its mercenaries and the damage and fires caused by this aggression which affected a large part of electricity columns and grids.

Director of Hasaka Electricity Company Anwar Okla told SANA in a statement that the workers of the company spare no efforts to guarantee the electricity service to the locals of Hasaka province through tackling any technical malfunction in the networks and the transformation centers and in facing any emergency due to the weather conditions. 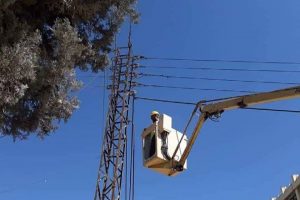 During 2019, the Company, according to Okla, managed to rehabilitate and maintain 732 electricity transmission centers, 105 km of the low-line network, 28 km of 20KV Overhead Transmission Lines and repairing 3112 different electricity malfunctions within the cities of Hasaka and Qamishli and their countryside, in addition to replacing more than 240 wooden electricity columns.

The aggression of the Turkish regime and its mercenaries on Hasaka northern countryside, last October, caused lager damage to the power stations and transmission centers and networks, as the company intensified its efforts to repair the damage as soon as possible. 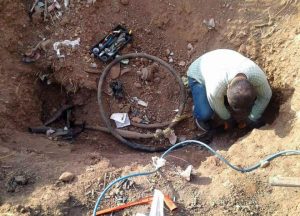 Regarding maintaining the electrical networks in the rural areas which were damaged due to the terrorists’ attacks, Okla said that the technical workshops affiliated to the company rehabilitated and maintained a number of networks and managed to transmit electricity service to the locals after a break which lasts many years.

Okla pointed out that one of the company’s top priority for the current year is to re-operate Mabrouk-Tishreen line and repair the damage caused to it due to the Turkish regime’s aggression which led to that the line went out of service, adding that the line has been feeding the province with about approximately 80 MWh and contributed to the stability of the electrical situation in the province. 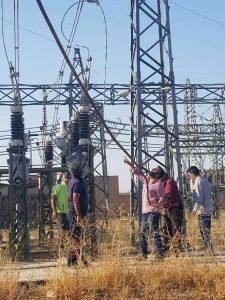 Hasaka province is fed by electricity through al-Sweidiyeh power generation station which produces about 50 MW of electricity and the electricity coming through al-Tabqa–al-Bawab line estimated at 85 MW.