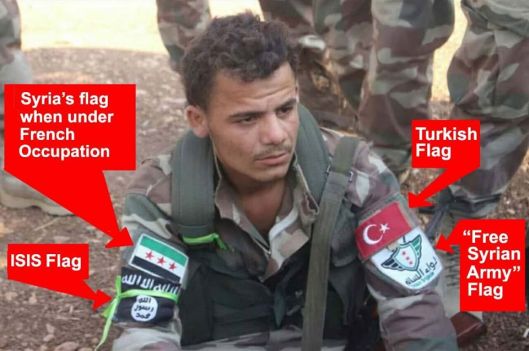 The unit itself is manned by the Turkish army, and several of the fleeing officers collected their loot and left to Paris!

The “rebel” uses the flag of Syria when it was occupied by France – to press other points of affiliation!….

Finally, he displays allegiance to ISIS by actually raising its flag on his right arm!