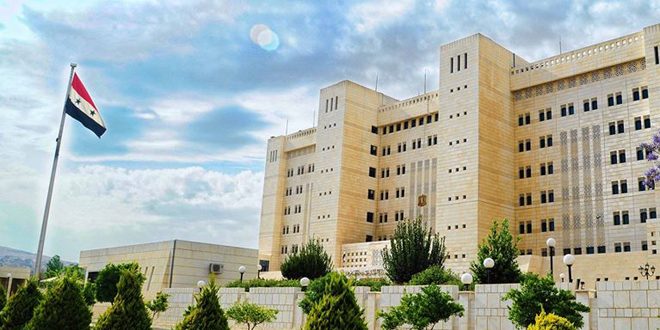 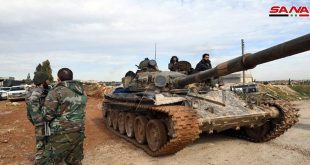 Damascus, SANA-Foreign and Expatriates Ministry affirmed on Tuesday that the terrorist groups’ attacks on economic facilities and infrastructure which offer services to the Syrian people and the coercive unilateral measures imposed by some states on the country are the main reason behind deterioration of the situation encountered by the Syrian people.

“The terrorist groups, instructed by their operators, launched new deliberate attacks on infrastructure, particularly, the oil and energy sector which offers vital services to the Syrian people, causing large material damages and huge destruction to some of those facilities, the latest of which were the attacks on al-Rayan Gas station, South Central Region Gas Factory, Ebla Factory and Homs Refinery today, preceded by targeting the maritime oil pipelines in Banyas on January 27th,” the Ministry said in tow letters sent to UN Secretary General and President of Security Council.

It added those terrorist acts synchronize with escalating crimes against civilians by armed terrorist groups in Aleppo, Idleb, Hama and Lattakia, leading to the martyrdom of tens of civilians.

“Government of the Syrian Arab Republic calls on the states to assume their duties, moral and legal commitments, and calls on Security Council to take immediate and deterrent measures against the terrorist groups and the countries that support and sponsor terrorism in violation of UN Security council resolutions relevant to combating terrorism,” the Ministry concluded.