A unit of the Syrian Army stopped a US military patrol in northeastern Syria and forced it to turn back. This was not the first time when Syrian government forces limited the US movement in the area. Over the past months, such incidents have become a general practice. 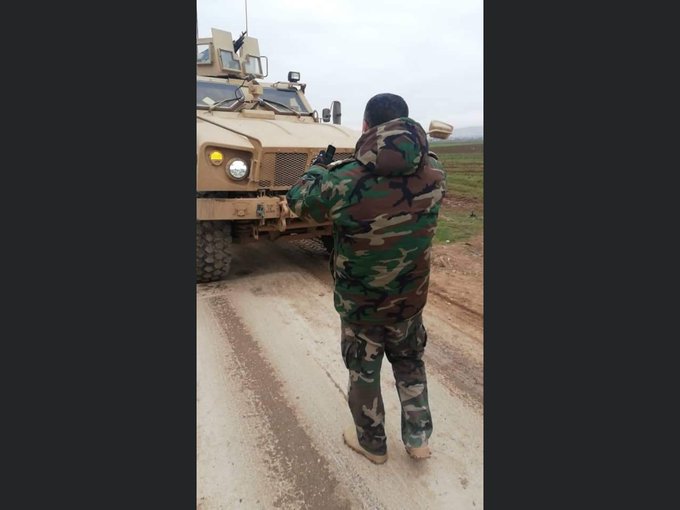 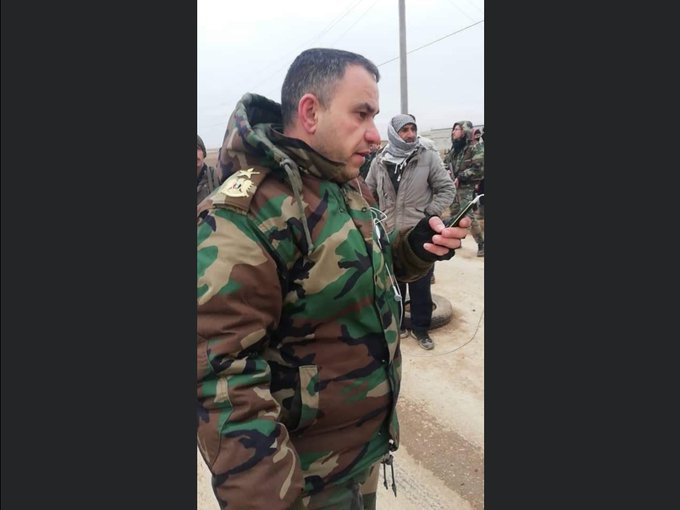 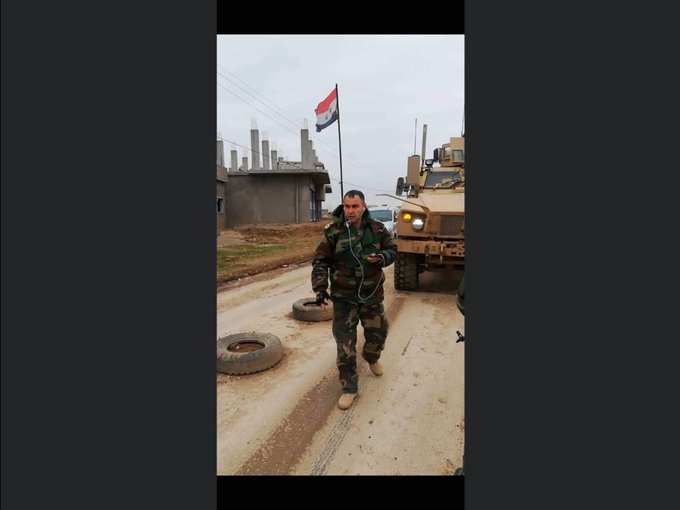 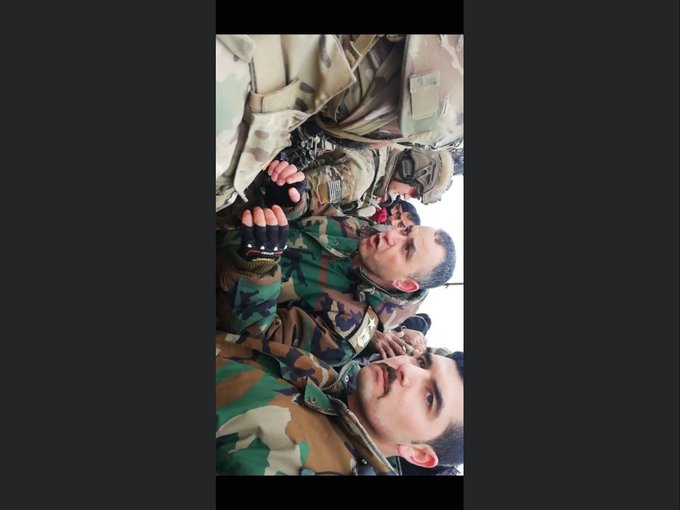 17 people are talking about this

Earlier, several reports appeared that the US military blocked movements of the Russian Miltiary Police in northeast Syria. It probably forgot that this is the game for two sides.

#Syria #Qamishli
Lieutenant Colonel Samer – the leader of the Syrian Arab Army checkpoint in Khirbat Amo village
Will not allow the american occupation vehicles to pass, he & the people of Khirbat Amo & people of Albawaer Abo AlAsi promised themselves to kick out the occupation.

16 people are talking about this

1 thought on “SYRIAN ARMY STOPS US MILITARY PATROL, FORCES IT TO TURN BACK (PHOTOS)”