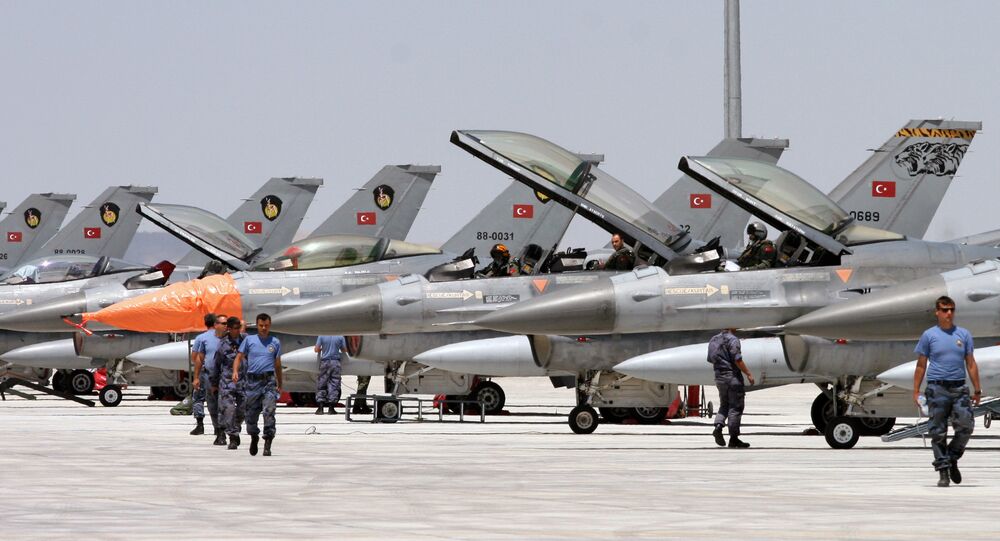 On Monday, Secretary of Defence Mark Esper said the US would not be providing Turkey with air support in the restive Syrian province.

The US would like to support Turkey’s operations in Idlib by supplying ammunition and humanitarian assistance, US special representative for Syria James Jeffrey has said.

“We’re willing to provide – for example, President [Trump] mentioned this – ammunition,” the official said, speaking to reporters in Hatay on Tuesday, his comments cited by Reuters.

“Turkey is a NATO ally. We have a very, very big foreign military sales programme. Much of the military uses American equipment. We will make sure that equipment is ready and usable,” Jeffrey added.

Jeffrey also noted that the US is sharing intelligence with Turkey via NATO, and stressed that Washington would “ensure that they have what they need there.”

Jeffrey and the US ambassador to the UN Kelly Craft made an emergency visit to southern Turkey and Syria’s Idlib province on Tuesday amid escalating fighting in the area, where the Turkish military and its proxies have engaged in a shooting war with Syrian forces in recent days.

Yet to be verified images of the US delegation believed to have been taken in Idlib show Jeffrey and other US officials posing with members of the White Helmets, the notorious ‘search and rescue group’ which has been known for attempts to stage false flag attacks aimed at getting the US and its allies involved in Syria. 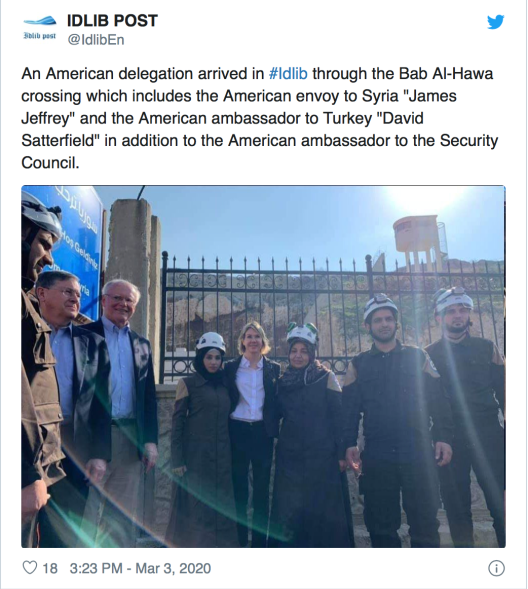 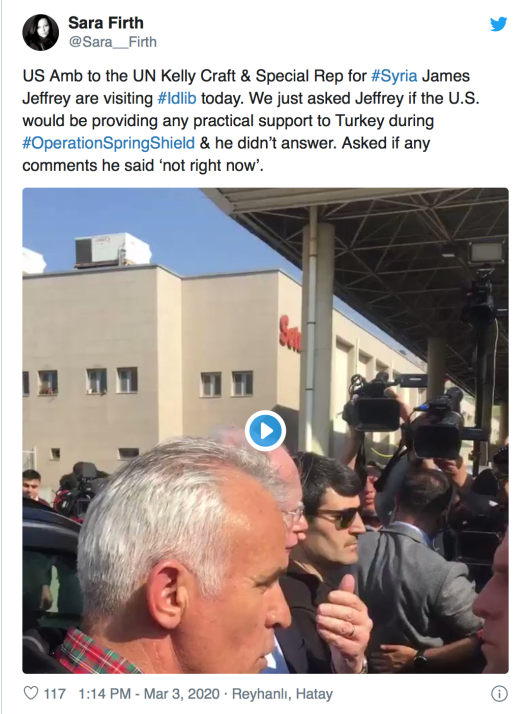 US ambassador to Turkey David Satterfield, who was also part of the delegation, confirmed that Washington was still looking into Turkey’s request for Patriot air defence systems. President Trump revealed Saturday that he has been speaking to President Erdogan about Ankara’s request for US Patriot missile systems. Turkey has urged the US to supply the system for deployment on Turkey’s southern border amid the escalating situation in Idlib.

On Monday, Pentagon chief Mark Esper indicated that the US would not be providing Turkey with air support over Syria. He added that US measures may include increased humanitarian aid.