Jenin (QNN)- The Israeli army on Tuesday raided the village of Ya’bad in the West Bank city of Jenin, arresting 18 citizens, including at least 11 from the same family, and leaving children as young as one year old scared and lonely.

Seven children, the youngest of them is less than one year old, were left scared and lonely after arresting all the adult members, as well as some children, of their families. 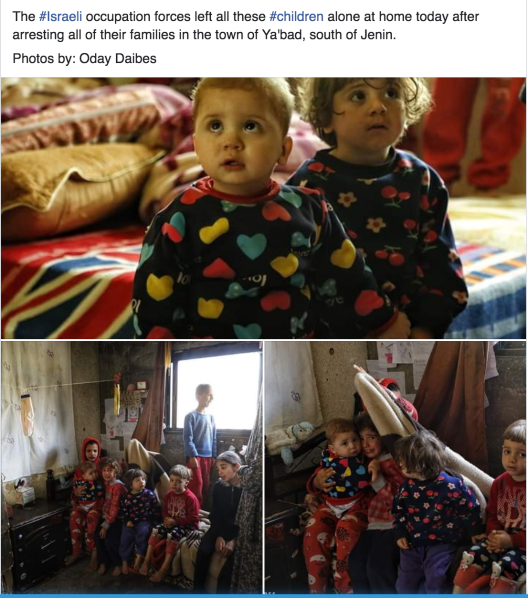 The Israeli army had raided the village on Tuesday after one of its soldiers was killed by a brick that fell on his head during a pre-dawn raid into the crowded residential village.

Confrontations erupted in the village during the second raid. Four locals were wounded by the Israeli bullets while Israeli soldiers beat the journalist Naser Ishtayyeh while he was covering the Israeli violations.