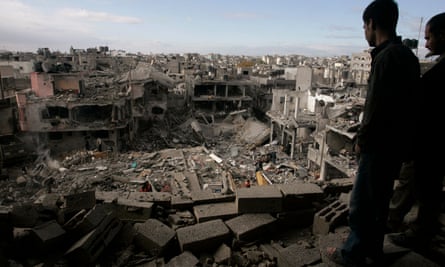 Palestinians look down on the destroyed house of a Hamas militant in the Gaza Strip. Israel lobbied Australia to argue the ICC should not investigate alleged war crimes in Palestine. Photograph: Hatem Moussa/AP

Australian government has told the International Criminal Court it should not investigate alleged war crimes in Palestine because Palestine is “not a state”, arguing the court prosecutor’s investigation into alleged attacks on civilians, torture, attacks on hospitals, and the use of human shields, should be halted on jurisdictional grounds.

In December, the ICC’s office of the prosecutor concluded a five-year preliminary examination of the “situation in the state of Palestine”, concluding there were reasonable grounds to believe that war crimes have been, or are being, committed in the West Bank, including East Jerusalem, and the Gaza Strip by members of the Israeli Defence Forces, Hamas and other Palestinian armed groups, and members of the Israeli authorities.

“I am satisfied that war crimes have been or are being committed in the West Bank, including East Jerusalem, and the Gaza Strip,” the prosecutor Fatou Bensouda said. “There are no substantial reasons to believe that an investigation would not serve the interests of justice.” 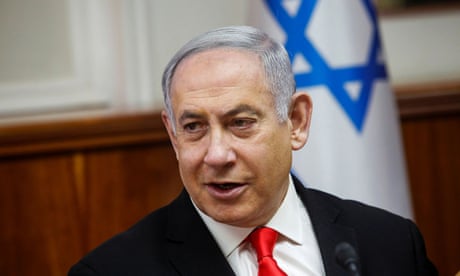 But prior to starting a formal investigation, the ICC prosecutor has asked the court’s pre-trial chamber to rule on the scope of the court’s territorial jurisdiction, essentially seeking confirmation the ICC had jurisdiction over alleged offences committed in the West Bank, including East Jerusalem and Gaza.

Palestine’s accession to the ICC in 2015 as a party to the court was accepted by the UN secretary general.

Australia is one of only six countries that are not directly involved to have made submissions to the court.

Australia’s submission, filed by Australia’s ambassador to the Netherlands, Matthew Neuhaus, at The Hague, states: “Australia’s position is clear: Australia does not recognise the ‘State of Palestine’.

“As such, Australia does not recognise the right of the Palestinians to accede to the Rome Statute” (the treaty which established the ICC – to investigate the crimes of genocide, aggression, war crimes and crimes against humanity – in 2002).

Australia argues Palestine’s accession to the Rome Statute in 2015 did not make it a state, and that the UN secretary general’s acceptance of that accession is an “administrative act that does not confer a particular status, including statehood”.

Australia’s position is that a two-state solution must be advanced through direct negotiations between the parties and that the question of Palestinian statehood cannot be resolved before a negotiated peace settlement.

In Senate estimates, James Larsen, the chief legal officer with the Department of Foreign Affairs and Trade, said that Israel had “encouraged us [Australia] to make observations” to the court regarding the investigation into war crimes in Palestine.

“Israel certainly made representations to the Australian government, including myself, but others as well.”

Israel’s prime minister, Benjamin Netanyahu, told his cabinet in February friendly countries had responded to Israeli lobbying over the case.

He labelled the ICC “a political instrument in the war against Israel”, and said “I would like to commend Germany, Australia, Austria, Brazil, the Czech Republic, Hungary and Uganda, which have joined the US in a steadfast stand alongside Israel.” Israel is not a party to the ICC.

The ICC’s pre-trial chamber is expected to respond on the jurisdiction question in coming weeks.

Australia’s position has been condemned by international law organisations and Palestinian advocacy groups.

Rawan Arraf, the director of the Australian Centre for International Justice, said Australia’s intervention in the court process was unprecedented.

“Why is Australia going out of its way to hold back an investigation into Palestine? Australia has always been a strong supporter of accountability and the fight to end impunity. It should not stop now and it should withdraw its request.”

The ICC has come under sustained criticism for a perceived bias, targeting poor, weak states, while ignoring the crimes of more powerful states, and in particular, focusing almost exclusively on African states.

Arraf said with the ICC at a critical juncture in its history, Australia should support the court in providing justice for all people around the world.

She argued the court’s investigation wasn’t “just some academic exercise on questions of law” but that there were real victims and ongoing abuses. 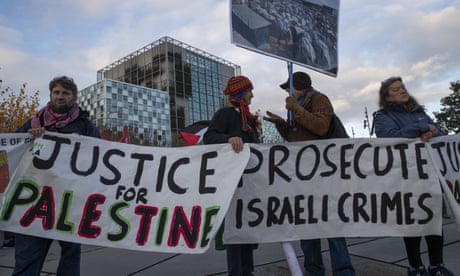 George Browning, the president of the Australia Palestine Advocacy Network and a retired Anglican bishop, argued Australia’s intervention took its “growing, one-sided support of Israel to a new high”.

“By denying Palestinians the right to justice, and protecting Israel from justice, Australia undermines the rule of law as the standard by which international behaviour is to be judged, and if necessary, sanctioned.

Jewish community leaders and organisations in Australia welcomed the government’s intervention in the court.

“[Australia’s] submission not only outlines strong legal arguments preventing the Court having jurisdiction to consider the ‘Situation in Palestine’ – as the so-called ‘State of Palestine’ does not meet the necessary legal requirements for statehood under international law – but also makes the case that the court risks undermining any prospects of a negotiated peace.”