She is a victim. 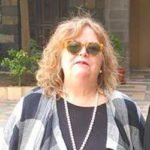 How does fact.no spread its fact checks?

NTB last step in the process is to spread the facts check. Of course, publishing on your own website is important, but here too, collaboration with external partners is the key to success. One of the goals of the project is to reach as many people as possible who can benefit from fact-checking, not just those who seek fact-check themselves – who are not necessarily the ones who need it most. That is why we agreed early on that our journalism should be given to anyone who would like to spread it further. An important partner here is NTB, which automatically publishes all our fact checks and articles on its domestic feed.

When a factual statement is picked out for fact-checking, we will contact the sender early to verify the claim, its context, and ask for the factual basis and any documentation that forms the basis for the claim.

Where the sender is unknown or unable to be driven, we base ourselves on what is known about the origin and context of the claim.

Our fact-checkers will then use open journalistic methods to investigate the factual basis of the claim. The way this is done, and the progress along the way, is reflected in each fact check so readers can follow the process themselves and see how we came to our conclusion.

All our fact checks are based on information and facts available at the time of the fact check . In other words, our fact checks and articles must be considered fresh . In the same way that we cannot fact-check the future, we must take into account that the future offers answers other than those we have today.

Then we assume that actually.no was in East Aleppo in 2016 and even survives this alleged bomb attack? Or know the primary source of the lie that the pictures are arranged?

A montage of three pictures of a girl carried by three different men has repeatedly been used as “proof” that the media is lying.
Faktisk.no has not found any examples of CNN using the images outside the context in which they were taken. Faktisk.no uses AFP’s fact check as evidence. Conclusion: Absolutely true.

But, is that true what the AFP claims?

Reuters ‘photographer’ Abdalrhman Ismail has also taken a picture of the man in the plaid shirt.

The man in the checkered shirt has switched places with him in yellow. We have been told that the reason the girl was delivered from one “rescue worker” to the next was because they rushed to help her. But, obviously nothing more than that they managed to “change their shirt” or role-holder.

Abdalrhman Ismail also took the picture when the girl was placed in the ambulance. Why is she sitting alone?

Where do the cameras come from?

Looking at videos and pictures from this area is photographed by photographers with expensive cameras. Cameras it is impossible to get hold of Syria. These cameras are smuggled into Syria. There are terror groups that control the borders against Turkey. There were also terror groups that controlled eastern Aleppo where the pictures were taken. In other words, Western news agencies have partnered with terrorist groups to bring in these cameras. These local “photographers” do not work for free. So how did they get paid? It is only one way to get money into areas controlled by terrorist groups. It is to work with them – and they do not work for free either.

Amer Alharbi and Abdalrhman Ismail are posing with colleague and friend Mahmod Raslan .

The “photographer” behind the iconic image of Omran, the boy in the orange ambulance,

Amer Alharbi was 15 years old when the “revolution” started. And, thus, was entrusted with the job as a reporter from the world’s most gruesome war. In eastern Aleppo, Al-Nusra and Al-Zinki committed war crimes and crimes against humanity. Then in the west we will be served so-called credible news from eastern Aleppo by one who cooperates with Al-Nusra. Without source criticism, without a background check, these terrorists affiliated with Al-Nusra were used as witnesses to the truth. They were so important to the West and so important to the terrorist groups that with one hand they took pictures that would lead to an invasion that would in turn result in Islamists taking over Syria.

Here’s the other photographer taking pictures of the little girl on the set. He is also the one who took the picture of the girl sitting alone in the ambulance.

When Ismail does not have a photo assignment for Reuters, he takes selfies with leading figures in the terrorist groups Al-Nusra and in Al-Zinki.

Here, “photographer” Abdalrhman Ismail appears with the religious head of Al Nusra, Al-Mohisani. One of the world’s most dangerous men. In the photo to the right we see the “photographer” with terrorists from Al Zinki. The man on the right is the “last doctor” in eastern Aleppo – now featured in the movie SAMA which has received over 20 awards in a number of western countries. The whole movie is a big lie too.

The “photographer” behind the picture of Omran in the ambulance.

The image of the Omran blanket bomb all front pages of newspapers.

“Photographer” Raslan said this to Western media about Omran:

“While taking the photo and looking at the boy, I was crying, while pleased that I was doing my job and taking a powerful photo. I wanted the focus to be clear. When I really started to sob was when I saw the eight-year-old sister of Omran. His sister was as calm as him and she had a similar injury in the face and eye. She made me cry 10 times stronger. We are humans, we are people. I was crying for the children and fearing that my daughter may go through the same experience.”


But, who is Mahmod Raslan?

Let’s look at some of the pictures he takes of himself. We see him with the camera loudly cheering in front of a demonstration organized by the terrorist groups in eastern Aleppo. We see him with terrorists from Nour Al Din Zinki. He too has taken a selfie with those who helped to cut the head of the small Palestinian boy Abdullah Issa.

The media may not lie, but they do not convey the truth. The sources lie and Western journalists and media choose to communicate the lies. So what’s the difference? The difference is that we are tricked into thinking that the local sources AFP and Reuters present to us in Syria are natural. That what they convey is the truth and nothing but the truth. It’s not like that. But, what interest does the media really have of conveying lies from Syria? Why are they doing it? What do they fear if they told the truth? Because there is only one truth about the war against Syria.

Among other things, the truth that the media in the west has used an important weapon. They have brainwashed people into believing the stories and therefore accepted that the war must continue. It is not the cameras themselves that are a weapon, but the division of labor between terrorists and the various actors in the West that share a common interest in misleading us. They both run the Western government’s errand and support the terrorist groups in continuing to kill innocent civilians and destroy Syria. The media never talks about the deadly sanctions or how 13.5 billion Norwegian aid is used. It seems that a tacit agreement has been reached among the media in the West that this war we cover according to the narrative that Assad is the evil and terrorists with camera are the good ones. Let’s say it as it is:The media has a lot of blood on their hands when it comes to reporting from Syria.

Assistance funds for rebel-controlled areas in Syria: Where does the money really go?

I have also been fact-checked by actually.no They did not like the claim I made that Norwegian aid organizations cannot account for where 13.5. Norwegian billion Norwegian aid crowns took the road in Syria. Who the final recipient is. That was in 2017. My claim during these three years has been substantially strengthened.