WikiLeaks has published a new batch of emails from the account of Hillary Clinton’s campaign chair, John Podesta.

The whistleblowing site has released more than 30,000 Podesta emails online and has said it intends to keep releasing documents each day right up until the November 8 US presidential election.

Best of the worst: Here are the most shocking WikiLeaks Podesta emails so far

The emails have yielded an insight into the inner workings of the Democrat’s campaign team, including discussion on how to react to Bill Clinton’s sexual assault allegations, framing information for ‘news hyenas’, and boosting Hillary Clinton’s public image.

On Monday, the 17th release from Wikileaks revealed Podesta’s dim view of Clinton’s 2008 presidential run, the team’s fears about Bernie Sanders“beating us up”, as well as Hillary Clinton’s failure to win over Al Gore.

The releases also shed some light on frayed relationships within the political bubble of Washington, such as long-term aide Doug Band’s beef with ‘backstabbing’ Chelsea Clinton. 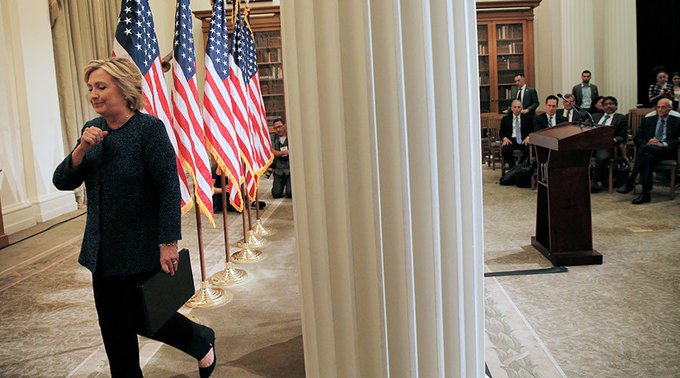 Members of Clinton’s campaign have accused RT of involvement in the email hack due to its swift reporting of the leaks. WikiLeaks has been openly publishing batches of emails online every day for over two weeks.

Tweet time ≠ release time.
We don’t always immediatly tweet when we release. Everyone can check our website.
Was that so hard to figure out? https://twitter.com/carlbildt/status/790522986818306056 …

READ MORE: Brent Budowsky to RT: ‘Washington has evidence Russia hacked US’… no proof though