Israeli police used stun grenades to disperse a crowd of Palestinian protesters who clashed with authorities for the fourth day running following the introduction of new security measures at Jerusalem’s sacred Temple Mount or Noble Sanctuary as referred to by Muslims.

Clashes erupted Wednesday shortly after the afternoon prayers near the Lions Gate to the Old City of Jerusalem, where up 200 Muslim worshippers gathered to pray.

Following the prayers, a few worshipers started shouting against the recent security upgrades at the site, holy to both Muslims and Jews. 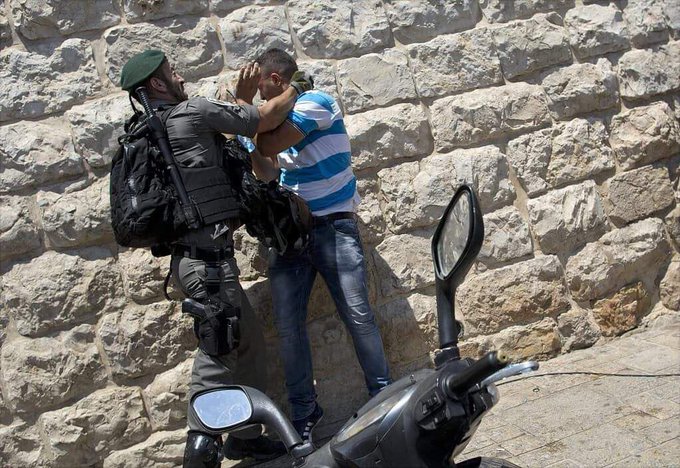 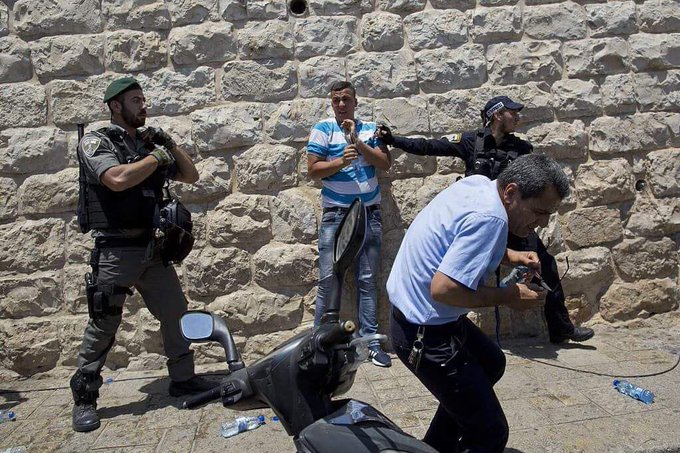 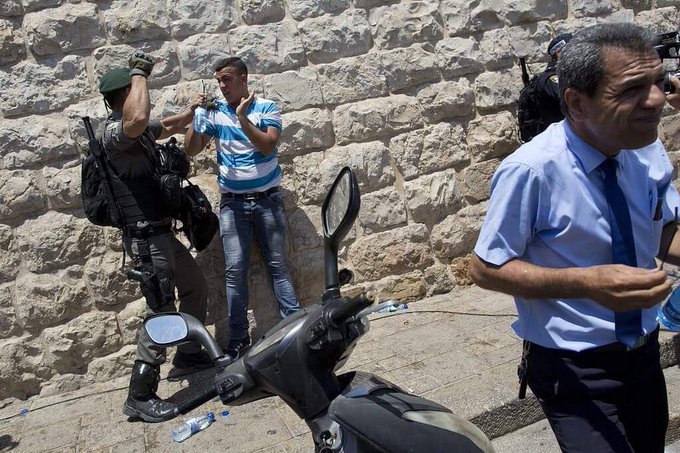 After being warned by police to leave the area, a small group refused. The authorities began arresting one of the worshipers for “disturbing the peace” which led the larger crowd to start throwing water bottles at police officers.

To quell the steadily growing discontent, police used stun grenades to disperse the crowd, the Times of Israel reported. An online video also showed a police officer punching an apparently peaceful worshiper in the face.

Clashes around the compound have been ongoing following the introduction of metal detectors along the perimeter of the holy site Sunday. Tel Aviv argues that the security upgrades will prevent weapons from being brought to the Temple Mount as referred to by Jews.

The new measures were initiated after three Arab-Israeli gunmen shot dead two Israeli policemen outside the complex Friday. While the attackers were taken out by security forces, authorities shut down the compound, reopening the site to Muslims Sunday and to non-Muslims Monday.

The introduction of metal detectors has angered the Muslim religious authorities. Most, if not all, worshippers have refused to be subjected to the security checks, and instead, prefer to pray outside the compound.

The Palestinian Fatah movement called for a “Day of Rage” Wednesday over the security measures. This led to a number of clashes.

Police were pelted with rocks in the Shuafat neighborhood in East Jerusalem. Security forces arrested at least one activist who threw a Molotov cocktail at police, the Times of Israel reported.

Similar scuffles played out at the Qalandiya checkpoint in East Jerusalem, where police had to use “riot-dispersal measures” to quell the angry crowd.

Over in Bethlehem, near the Tomb of Rachel, authorities also dispersed dozens of protesters who threw rocks at police. Two rioters were arrested, according to the authorities.

No injuries have been reported during the Day of Rage clashes.

READ MORE: Police close off Temple Mount to Jews over rules violation amid tensions with Palestinians

The order came after a group of Jewish visitors breached the rules of conduct by bringing sacred books onto the site and trying to pray there.